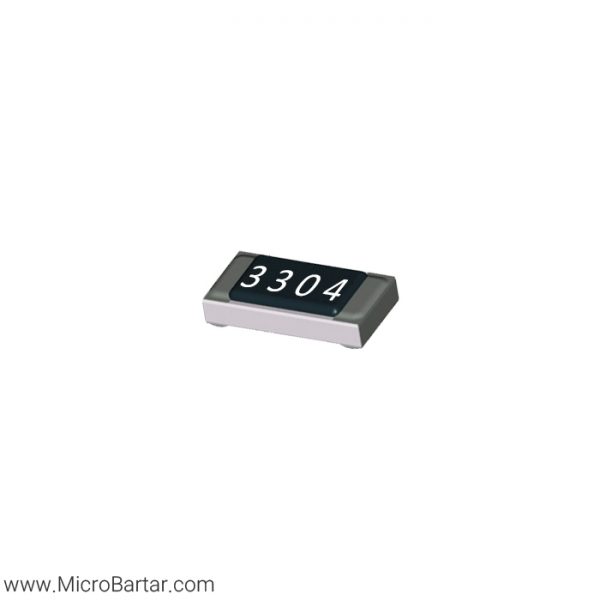 There are several resistor manufacturers in the market, thus choosing  a Reliable partner is a challenge. ROYALOHM has 38 yrs. of resistor manufacturing and distribution experience. Its adaptability to the changing times contributes to its continuous growth.
Res 3.3M 0805 1% Royalohm is a passive two-terminal electrical component that implements electrical resistance as a circuit element. In electronic circuits, resistors are used to reduce current flow, adjust signal levels, to divide voltages, bias active elements.
High-power resistors that can dissipate many watts of electrical power as heat, may be used as part of motor controls, in power distribution systems, or as test loads for generators.
Fixed resistors have resistances that only change slightly with temperature, time or operating voltage. Variable resistors can be used to adjust circuit elements, or as sensing devices for heat, light, humidity, force, or chemical activity.
Resistors are common elements of electrical networks and electronic circuits and are ubiquitous in electronic equipment. Practical resistors as discrete components can be composed of various compounds and forms.
The electrical function of Res 3.3M 0805 1% Royalohm is specified by its resistance: common commercial resistors are manufactured over a range of more than nine orders of magnitude.