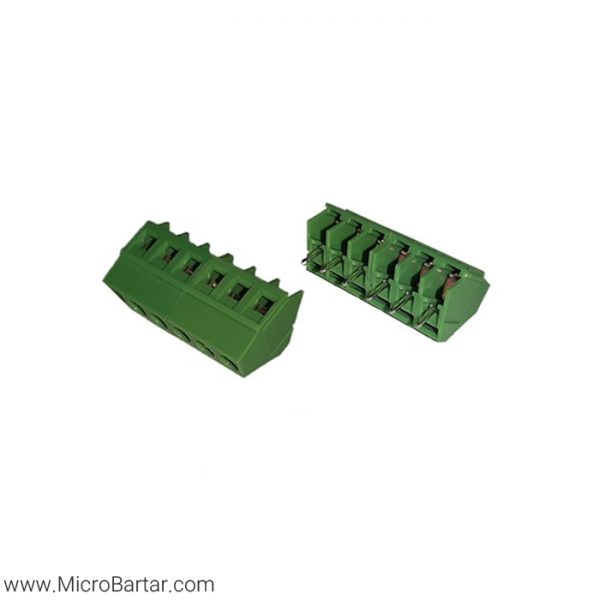 KF103-6P is available as rows, but each terminal connects to only a single wire. Terminal block connectors are very useful in situations that require semi-permanent connections, which may require inspections, wire replacement, repair and change (this is why terminal blocks are incredibly common in domestic wiring and industrial environments). While not all terminal blocks have PCB contact pads or legs, they always have some mechanically solid body made of plastic or other insulating material.