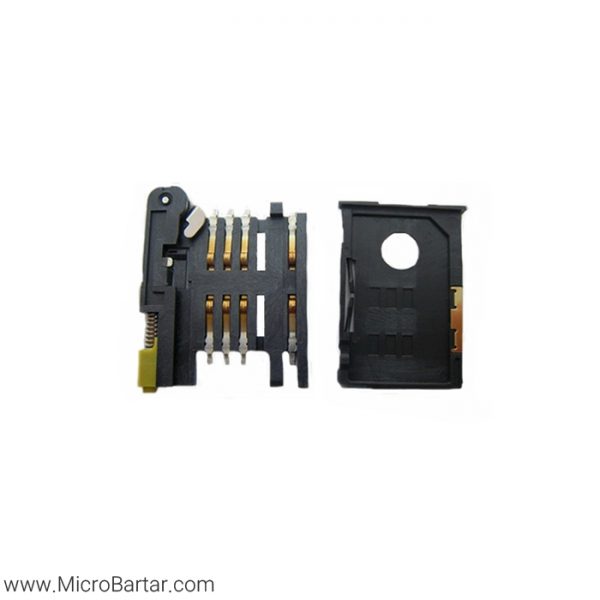 The switch terminal has a fixing portion received in the first hole and a contacting portion received in the second hole, the contacting portion forms an arced surface, the top of the arced surface is inserted into the second hole and protrudes above the top surface of the housing base in the receiving cavity. Sim Card Socket 8Pin C716 Push-Push comprises a body having an accommodating space for disposing a SIM card and multiple connected-through receptacles for receiving conducting terminals. Through the conducting terminals, an electrical signaling contact with the SIM card can be made.